January 24, 2023 (Steven O’Reilly) – There is a momentous report coming out of Rome related to Br. Bugnolo’s efforts to organize a Benepapist “conclave” to elect Benedict XVI’s “successor.”  More on that in a moment.

As readers of Roma Locuta Est are well aware, we have closely followed and chronicled, tongue-in-cheek, the efforts of Br. Bugnolo to organize a Benepapist “conclave” to elect a successor to Pope Benedict XVI over the last month. What follows is more tongue-in-cheek and satire. To get caught up on what has happened up to this point, here are Rome Locuta Est‘s recent articles:

Now, we had been afraid we would not be able to provide any updates to our readers whatsoever on Bugnolo’s conclave.  You see, a few days ago, he declared ‘radio silence’ until after the election of the next “pope” (see Bugnolo to go radio silent until after the Benepapist “conclave”?!). In other words, he would provide no more updates.

However, Roma Locuta Est can now happily inform its readers, that we have been informed by a source in Rome that the Organizing Committee “Pro Eligendo” has issued an official press release regarding the conclave (see HERE).  I will provide a few comments afterwards.  Here is the English translation:

With great sadness the Catholics of Rome received the news of the death of His Holiness Pope Benedict XVI on the morning of December 31, 2022. As he never renounced in accordance with canon 332 §2, as numerous scholars around the world have shown in the last 10 years, the College of Cardinals was bound by the pontifical law Universi Dominici Gregis to enter the conclave by the 20th day. That day was Friday.

There is now no legal way for Cardinals in Conclave to elect the Pope. And so, the right to elect him passes to the Catholic Faithful of the Roman Church, to do so according to apostolic law: the Roman Church includes all Cardinals, Archbishops, Bishops, Priests, Deacons, Seminarians, Religious and lay people of the Dioceses of Rome, Ostia, Albano, Velletri-Segni, Palestrina, Frascati, Sabina – Poggio Mirteto and Porto Santa Rufina. Furthermore, Pope Benedict XVI fulfilled canon 166 §1 on February 11, 2013, when he called the election of his successor.

Therefore, there is no juridically valid way to elect him except that all the faithful who want to gather and choose him. You are therefore cordially invited to attend this historic election, at the Roma Marriott Park Hotel, at 9:00am. Monday 30 January. Bring your ID and residence/domicile document and proof that you were baptized, or confirmed, or married in the Catholic Church or, if you are a member of the clergy, that you are incardinated in one of these dioceses or in Vatican City . – We inform the journalists that there will be a Press Conference at 11.30 on Wednesday, January 25 at the Hotel Roma Marriott Park where it will be possible to ask questions. — For more information on requirements and registration, go to the ChiesaRomana.Info website.

11.00 – Invocation of the Holy Spirit and of the Saints

Roma Locuta Est comments:  We will not make many comments. The date of the conclave is now set at January 30, 2023 according to the press release.  The press release also gives us the location of the conclave.  Bugnolo’s historical conclave will be held at the Hotel Roma Marriott Park.  Having looked up this venue on DuckDuckGo, it was determined this is an airport hotel.  We certainly hope the strains of music and singing from the hotel lounge & bar — as the lounge singer, ala Bill Murray, sings “wonderful Star Wars” — will not be heard across the hallway, through the walls, of the Michelangelo Hall conference room; possibly interrupting the conclave electors as they deliberate and vote. 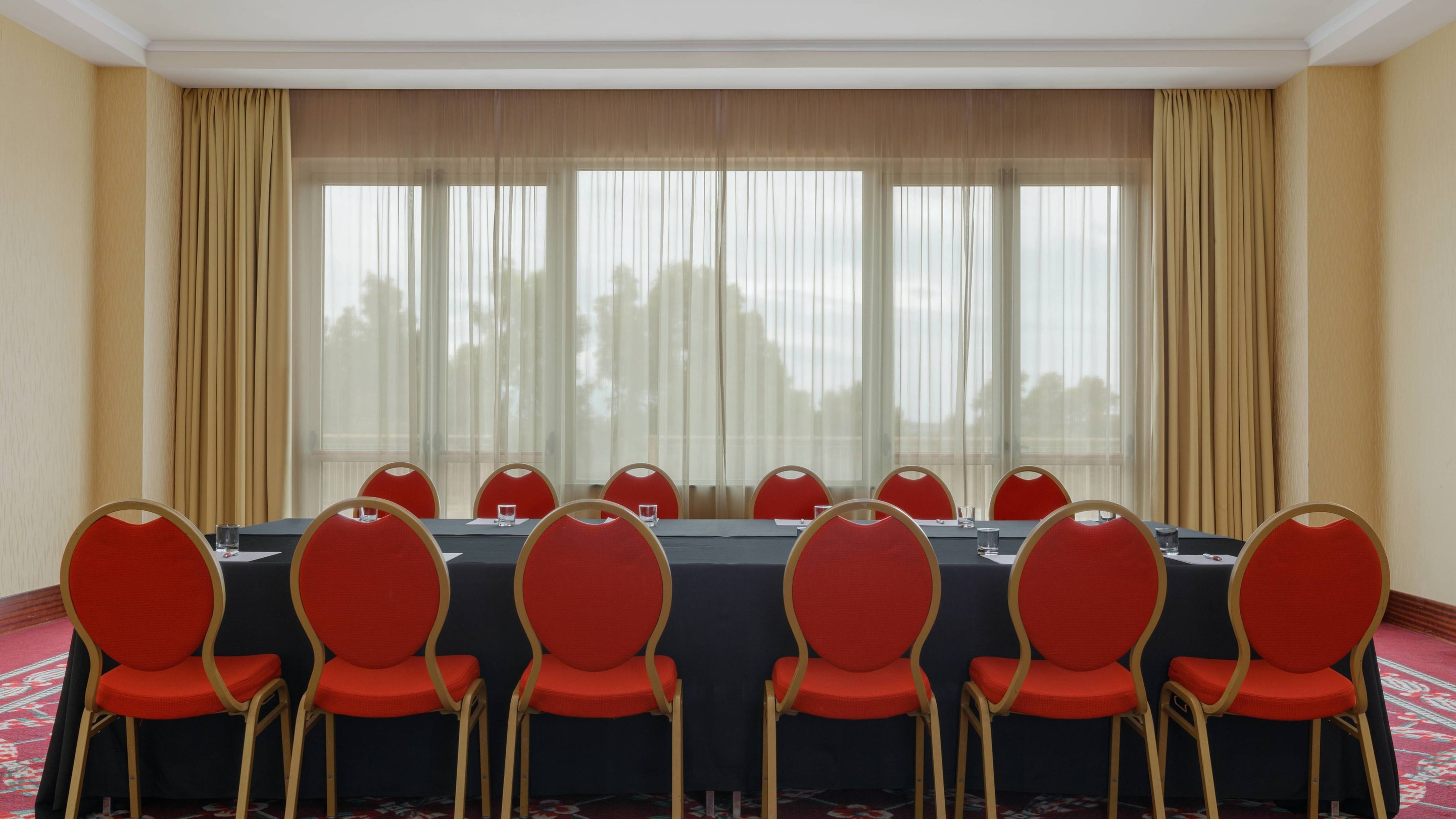 [Pictured Above from hotel website:  Michelangelo Hall?  We can only guess.  But, note…significantly…12 seats!]

Roma Locuta Est notes that it is not clear how long this conclave will run.  We says that not because conclaves can be unpredictable. Rather we say it given Bugnolo’s limited budget. By his own admission, he had raised only about $2,000 for a venue as of about Friday, last week.

So, there may be strong pressure to bring deliberations to a conclusion on January 30, as they may only have conference room booked until 18:00 (6pm Rome time) that same day. We can’t say. But, Roma Locuta Est feels that the electors will have extra incentive to elect their “pope” before 18:00 so that they can make it in time for Happy Hour at the hotel lounge and bar. I can just hear the lounge singer as they gather around him in celebration (“wonderful Star Wars”).  My prediction is…Bugnolo will be elected “pope” by this “conclave.”

Satire aside. I do pray and hope that Br. Bugnolo for his own sake, and of those who follow him in this effort — I cannot believe it is many — cease and desist from this lunacy, and come to their senses.

For those Catholics following the topic of Benepapism, or who have been tempted by it; Roma Locuta Est has various resources which debunk the false and spurious claims of the Benepapists (see Summa Contra the BiP Theory (Why Benedict XVI is NOT the pope), and The Case against those who claim “Benedict is (still) pope”).  Also, my book which rebuts Benepapism was recently published (see Valid?  The Resignation of Pope Benedict XVI).

Steven O’Reilly is a graduate of the University of Dallas and the Georgia Institute of Technology. A former intelligence officer, he and his wife, Margaret, live near Atlanta. He has written apologetic articles, and is author of Book I of the Pia Fidelis trilogy, The Two Kingdoms; and of Valid? The Resignation of Pope Benedict XVI. (Follow on twitter at @fidelispia for updates). He asks for your prayers for his intentions.  He can be contacted at StevenOReilly@AOL.com  or StevenOReilly@ProtonMail.com (or follow on Twitter: @S_OReilly_USA or on GETTR, TruthSocial, or Gab: @StevenOReilly).

In the Light of the Law